What are the side effects of epimedium extract?

Epimedium is a traditional Chinese medicine, which can be soaked in water to drink. It has the functions of tonifying kidney, strengthening Yang, dispelling wind and dehumidifying. Do not lift to treating impotence, urinate drench, muscle and bone clonus is urgent, waist genu is weak and climacteric hypertension has certain effect. Epimedium is hot and cannot be overdosed for a long time, otherwise it will cause toxic side effects. Patients with dry mouth and tongue, fever of hands, feet and heart, hot flashes and night sweats should not take epimedium water. Epimedium should not be taken during fever and cold. Does epimedium increase testosterone?

Epimedium has eroticism, which is caused by hypersecretion of seminal vesicles, stimulation of sensory nerves and indirect arousal of sexual desire. Although the liquid extract made with Epimedium or Epimedium from Japan could not show tail lifting reaction in dogs, it was known that it could promote semen secretion. The effect of leaf and root was the strongest, followed by fruit, and the stem was the weakest. It was proved that the extract of Epimedium had androgene-like effects by increasing the weight of prostate, seminal vesicle and levator ANI muscle (mice). 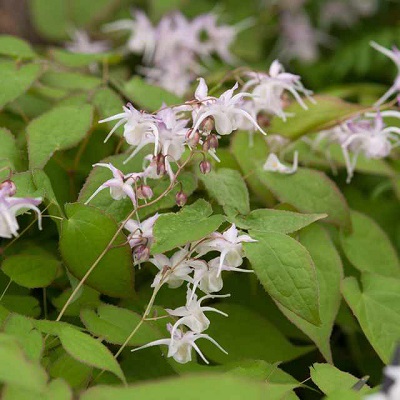 The effect of epimedium extract was weaker than that of Cnidium but stronger than that of Shiji and hippocampus. Injection of 20 ~ 40 mg of epimedium extract was equivalent to 7.5 micrograms of testosterone. Epimedium decoction was used to remove both ovaries of mice. It was proved that there was no effect of estrogen on mating rate, ovulation cycle and excretion of estrogen in urine of rabbits. The results of hot water and cold water infusion were the same. The ethanol extract of Epimedium produced in Japan did not affect the sexual cycle of normal and ovariectomized female mice, nor did it increase the weight of uterus and ovary.

How much epimedium leaf extract should I take?

The dosage of Chinese pharmacopoeia is 6-10 grams per day, but the clinical prescription dosage is generally greater than this amount, and 15-20 grams can be used. Generally, it is used in the prescription, and there is not much experience in the application alone. This is a warm Yang Yang drugs, used for kidney Yang deficiency failure, impotence spermatorrhea, weak muscles and bones, rheumatism pain, numbness, also need to see what your medication purpose is, that is, what your specific symptoms are, to decide which drugs to choose compatible use. Also need to see the effect of application, decide whether to add or reduce.

Epimedium should not be taken by people with high blood pressure. Otherwise, there will be physical problems. In addition, people who are prone to dizziness, unstable walking and intense irascibility should not take Epimedium to avoid health effects.

If a woman has heavy menstrual volume and the color of menstrual blood is bright red, the tongue is red and the pulse is thin, it indicates that you belong to the blood heat group, and this type of group is not suitable to take Epimedium. The symptom of blood heat besides afore-mentioned say introduce besides, often nosebleed also is one of common symptom.

Internal heat in the life of the people found their urine yellow, but also accompanied by dry throat and dry pain, in addition to often feel polydipsia, which shows that the body has internal heat. Herba epimedium is not suitable for use.

If a cold patient is in the stage of cold and cold, accompanied by headache, stuffy nose, cough, phlegm, fever, fear of cold and other symptoms, it indicates that the body is full of external evil, such patients should not take epimedium.