What is aloe vera extract used for?

2. Stomach and slow diarrhea effect. Aloe has stomach and slow diarrhea effect, mainly because aloe contains aloe emodin, aloin, aloe tincture and other effective components. It has the function of invigorating the stomach and relieving diarrhea, and plays the role of enhancing appetite and relieving diarrhea of the large intestine. Aloe emodin is a derivative of anthraquinone glycoside. It has gastric function. Aloe emodin is released in the intestinal tract to play the role of stimulating diarrhea, the main role in the large intestine. It has obvious therapeutic effect on various kinds of constipation. 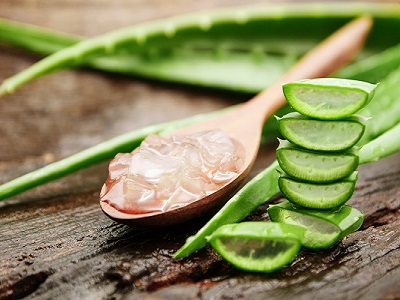 3. Anti-cancer efficacy. Aloe vera gel, the sticky substance found in aloe vera, has been found to have strong anti-cancer properties. Japan's famous medical scientist Dr Tim Tian Hundred branch discovered through experiments, aloe vera effective ingredients can prevent the activity of cancer factors, effective against cancer. She further discovered that aloe vera's active ingredient not only prevents cancer cells from growing, but also kills bacteria and neutralizes exotoxins. Japanese Dr. Suzuki Yunami treated malignant tumors with aloe cancer-a, an extract of aloe vera, with an effective rate of 76 percent. Many scholars further study found that this anti-cancer material is aloe imimazine, named aloin -A, is A kind of high molecular glycoprotein, the relative molecular weight of 18,000. In our country, aloe anti-tumor research found that aloe alcohol extract and aloe bitter can significantly improve the immune function of the body, aloe is a promising new anticancer drug, clinical application of aloe in the treatment of liver cancer, gastric cancer, uterine cancer and other unexpected curative effect.

5. Enhance the body's immunity. The research results show that aloe polysaccharides can give resistance to any disease nest in the body, so as to improve their own strength to fight against germs and speed up the treatment effect. According to the report, good therapeutic effect of aloe polysaccharide on cancer, mainly through improving the function of the body's immune system and play its role: aloin in aloe polysaccharide, can strengthen the heart function, promote the blood circulation, soften the hardening of the arteries, lower cholesterol levels, expand capillaries, normalization of blood pressure, to the prevention and treatment of atherosclerosis and high blood pressure have a certain role.

Is aloe extract the same as aloe vera?

Is the difference between rough processing and deep processing.

There are currently no side effects. 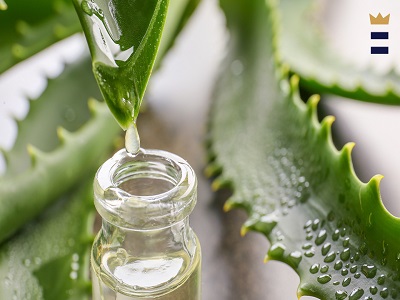 Who should not take aloe vera extract juice?

1. Aloe vera has many good effects on the human body, but there are also some people who are not suitable for aloe vera. Know about it, so as not to take it by mistake and cause adverse reactions.

2. The constitution of the weak aloe cold taste bitter, the function of diarrhea, easy to hurt Yang stomach. Elderly and infirm, stomach deficiency, spleen and stomach deficiency and cold, physical weakness and children excessive consumption. Nausea, vomiting, diarrhea, abdominal pain and other symptoms can occur. Although aloe vera has obvious effect on constipation. But it is only suitable for the treatment of hot constipation, and chronic constipation patients with chronic constipation, long-term use, will only be more diarrhea more injury body fluid, so that the symptoms of intestinal dryness, constipation more serious degree.

3. Pregnant and menstruating women should not eat aloe vera. Aloe vera is an action on the colon and rectum mucosa, causing intestinal wall and pelvic cavity. The cathartic of organ hyperemia, have apparent bellyache more at the same time in diarrhoea, pregnant, period woman is unfavorable take. Lactating period women in the lactation of aloe vera, aloe ingredients will stimulate the infant through milk gastrointestinal mucosa, resulting in vomiting, diarrhea.