With the in-depth study of protein and amino acid nutrition, people have gradually realized the importance of peptide nutrition. Protein degradation in the animal intestines must be to free amino acid or small molecular peptides can be absorbed by the intestines. The absorption of small molecular peptides in total fodder plays an important role in the absorption of protein. Its absorption use not only in the digestion, absorption and metabolism of amino acids play a crucial role, but also in maintaining the animal's intestinal health, the body's immune function is of great significance. 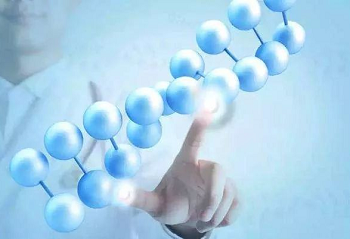 i. Absorption mechanism of small peptide in monogastric animals

The protein in the diet in the animal after A series of enzymes in the digestive tract, degradation into free amino acid (FAA) and oligopeptide (OP), one of the oligopeptides in the small intestine chorionic brush border by aminopeptidase A and aminopeptidase N, eventually to the free amino acid (FAA) and the form of small molecular peptide (SP) is absorbed by animals. The transport mechanism of small peptides may have the following three forms.

A pH dependent H+-Na+ exchange transport system that does not consume ATP.

Active transport processes, which depend on hydrogen or calcium concentrations, require ATP consumption, and this mode of transport is inhibited in the presence of hypoxia or the addition of metabolic inhibitors.

i). Nutrient level. Malnutrition will significantly affect the absorption of small peptides by animals.

iii). The intracellular cAMP level can inhibit the transport of small peptides. Small molecule peptides combined with different carboxyl fatty acids can significantly increase the hydrophobicity of the substrate, thus increasing the affinity of PepT1. In addition, circular dipeptide can be transported more efficiently and stably than linear dipeptide.

Factors affecting the release and absorption of small peptides

i. Factors affecting the release of small peptides

i). The content and quality of dietary protein. The activity of intestinal brush border peptidase increased when animals were fed diets with high protein content. The activity of peptidase and the absorption of peptide were decreased when the diet was fed with low protein or no protein. During digestion, the quantity and proportion of small molecule peptides formed are also related to the quality of dietary protein. Protein with balanced amino acids can produce more small molecule peptides. Poor quality protein produces a large number of free amino acids and a small number of large molecular weight peptide fragments. Not only the proportion of amino acids in the diet affects the release of small peptides, but also the type of amino acids. It was found that the release of protein peptide was positively correlated with the available lysine. 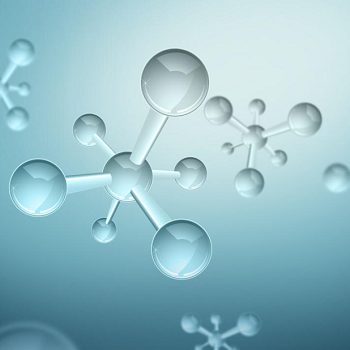 ii). Processing and storage conditions. Processing and storage conditions are important factors affecting the release of small molecular peptides during protein digestion. It was found that the peptide release of soybean meal after heating or long-term storage was only 63% of that of fresh soybean meal with high available Lys content. The reason may be that Maillard reaction occurs, which makes the peptide bond between Lys residue and its adjacent amino acid residue difficult to break, thus affecting the digestibility of protein. In vitro hydrolysis experiments showed that the small molecule peptides released from steamed meat were less, while frozen, dried or fresh meat released more small molecule peptides.

iii). Protease in digestive tract. Protein ingested by animals is hydrolyzed by proteases in the digestive tract to produce peptides and free amino acids. Trypsin and hydroxypeptidase act only on peptide bonds composed of the carboxyl groups of lysine and arginine; Pepsin hydrolyzes several different peptide bonds and degrades most proteins into polypeptides and a few amino acids. In different intestinal segments, lumen and intestinal cells, the amount, relative proportion and activity of these enzymes are different, which affect the release of small-molecule peptides to different degrees.

i). Protein quality in feed

During digestion, the amount and proportion of peptides formed are related to protein quality. The results show that protein can be easily hydrolyzed into oligopeptides with low molecular weight and large quantity in the diet with high balanced content of essential amino acids. But the essential amino acid deficiency, the imbalanced feed protein produces the quantity small, the molecular mass large peptide fragment. Animal proteolysis produces a higher proportion of small molecule peptides, while plant proteolysis produces more free amino acids, and the release of small molecule peptides is directly proportional to the content of available basic amino acids (such as lysine).

One is the length of the peptide chain. Current studies suggest that dipeptides and tripeptides can be fully absorbed, but whether oligopeptides above tripeptides can be fully absorbed remains controversial. Two is the configuration. In general, L-type is more easily absorbed than D-type, and neutral amino acid residue configuration is more easily absorbed than acidic and basic amino acid residue configuration peptide. The third is the affinity of small molecule peptide and carrier. Peptides composed of hydrophobic amino acids with large side chains are easier to absorb, while hydrophilic peptides with small charged molecules are more difficult to absorb.

iv). The physiological state of an animal

Recent studies have shown that small peptides are not only substrates for protein metabolism, but also important physiological regulators. Such as growth hormone, stimulant and other regulatory factors can be directly as neurotransmitter, but also indirectly stimulate the secretion of intestinal receptor hormone or enzyme and play a role. Similarly, metabolic changes of growth hormones, stimulants and other regulatory factors will in turn affect the efficiency of protein utilization.

vi). Use of protective agents

Since there is non-mesenteric absorption of peptides in ruminants, and peptides can be used by rumen microorganisms and tissues, the absorption of small molecule peptides can be changed by adding protective agents. The rumen peptide concentration increased by 19.69% after adding sodium acetate in Hu sheep diet. When ionophore was added to goat diet, peptide protection in the rumen was increased by 20%, and the overall nitrogen digestibility was also significantly improved.

In recent years, great progress has been made in the study of oligopeptides. As mentioned above, the absorption mechanism of small peptides plays an important role in the utilization of proteins by animals. This mechanism allows the absorption of amino acids faster than the degradation to free amino acids for reabsorption, thus improving the utilization of protein in animals. In addition, some oligopeptides can be used as physiological active substances, which can be directly absorbed by animals and participate in physiological function and metabolic regulation of animals. Therefore, the absorption of small peptides is of great importance to animals.